You can fly directly to Eleuthera from Nassau, Fort Lauderdale, Miami, Atlanta and Orlando.

Nassau is the shortest flight (just 20 minutes to Eleuthera) and has the most flights per day, so if you can get to Nassau easily, that may work best for you.

(The Bahamas government also subsidizes many flights in and out of Nassau, so the fares are often advantageous.) Southern Air, Pineapple Air, and Bahamas Air all fly from Nassau to Eleuthera multiple times a day, including flights to Governors Harbour at 8 AM, 12 noon, 3:30 and 4 PM.

IMPORTANT: These flights between Nassau and Eleuthera do not appear on Web sites such as Expedia, so you won’t find them in typical flight searches.

You can view (and book) available flights from all three airlines at once by using the booking engine on this Web page: http://eleutheravacationrentals.net/gettingtoeleuthera.htm.

Just make sure to get to Nassau no later than 2:30 PM, and you’ll be in time to catch the last flight out.

An important tip to breeze through customs in Nassau: There is a separate line if you are going on to Eleuthera, and there is never anyone in that line. To use that line, follow the signs for “Family Island Intransit” and “Family Island Connections”. On your return flight, allow 2-1/2 hours between arriving in Nassau and your departing flight to the U.S. because you will be clearing U.S. customs in Nassau, rather than upon arrival in the U.S. Flights between Nassau and Governors Harbour cost about $75 each way.

Put your feet up, relax and enjoy a book on the lovely, pink-sand beach. Or you can find food, solace and the beverage of your choice at Pascal's, with a full-service swim-up cocktail bar. Sky Beach Club seamlessly blends modern amenities with the splendor of unmatched natural beauty and excellent service. The luxurious poolside bungalows are just steps from the beach.

Eleuthera is famous for its 100 miles of spectacular, deserted beaches. The island, home to just 8,000 residents, is completely safe any time of the day or night. Enjoy the rare experience of picking up hitchhikers and leaving your keys in the car wherever you go. The snorkeling, diving, and fishing on the island are world class. Boating, surfing, and other water sports are also popular. You can rent powerboats, sailboats, sea kayaks and bikes. You can have a charter captain take you out for excursions of various types. There is excellent sightseeing as well. Eleuthera has vast caves, cliffs, a bottomless ocean hole, many unique beaches, historic churches and 19th-century homes and small villages to explore.

The town of Governors Harbour, five minutes away by car, has a charming collection of 19th-century homes and churches overlooking its historic harbor. Buy fresh fish and lobster every afternoon from fisherman at the town dock, or visit the recently restored Haynes Library, which dates from 1897, for the weekly coffee hour for foreign residents and tourists. Governors Harbour has grocery stores, restaurants, liquor stores, two banks with ATMs, a bakery, gift shops, a dive shop and a medical clinic. Friday Night Fish Fry in Governors Harbour, a street/beach party that brings together all the tourists and locals with food, drink and dancing in the street, is not to be missed. 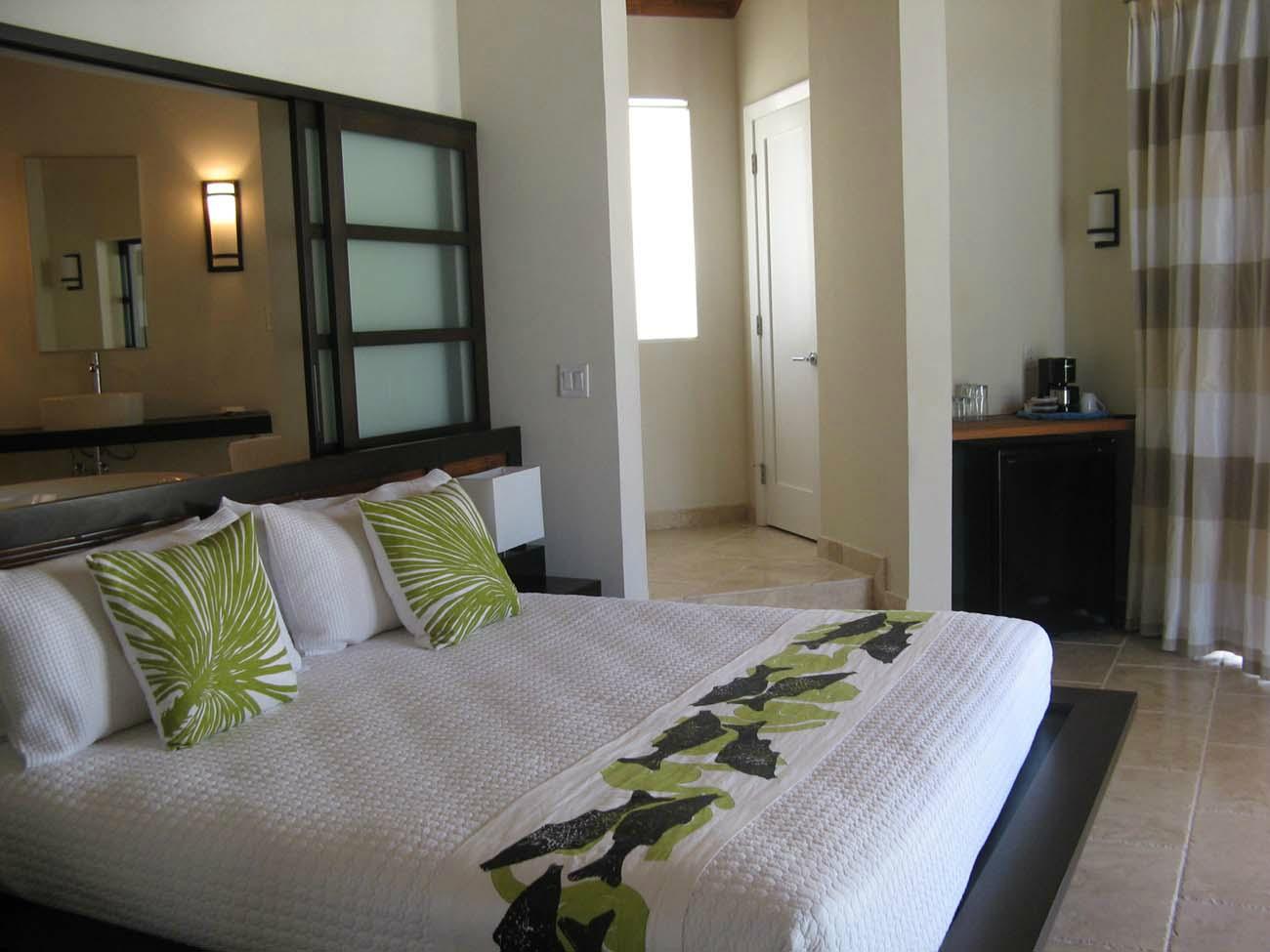 Luxurious one-bedroom, one-bath bungalows are steps from the beach in this new resort. Each comes with full access to all the Sky Beach Club facilities and amenities.

Sky Beach Club is a small resort that can accommodate a maximum of 38 guests, so it will never be crowded or busy. It has an excellent fine-dining restaurant and a spectacular beachside infinity-edge pool (heated) with poolside service all day long—lunch, dinner, drinks—and a swim-up cocktail bar.